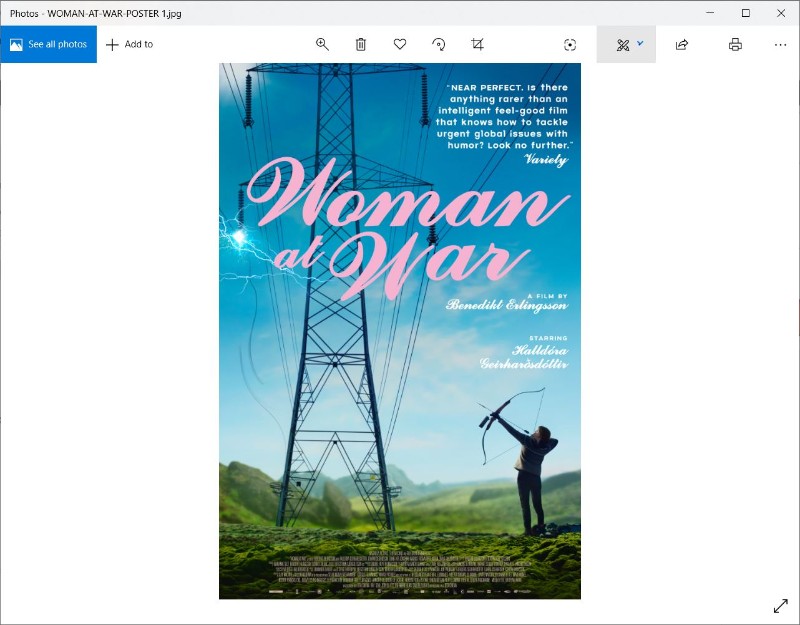 Our January Grapevine film is a jet black comedy, about a woman conducting her own war.

The woman is Halla, she is a kind-hearted 50-year-old single woman who lives in Reykjavik. She rides her bike, runs a choir, does Tai Chi and, when no-one is looking, is a fierce, brave and terrifyingly determined environmental activist who conducts a one woman war against the Rio Tinto aluminium industry in Iceland. When she is finally granted permission to fulfil her ambition to adopt a little orphaned girl from the Ukraine her two lives collide.

This film is beautiful, funny and just a little quirky. As the trade newspaper Variety said: “This is a near perfect film. Is there anything rarer than an intelligent feel-good film that knows how to tackle urgent global issues with humour.”

Doors open for Supper at Seven at 7pm.  We will be having Marmalade Sausages with Roasted Winter Vegetables.

As usual there will be our Grapevine Bar and ice creams in the interval.

Hope to see you there.

Maggie and the Grapevine Team.