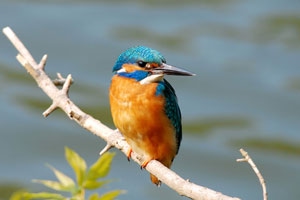 There was a meeting in the  Sarratt village hall on Friday 25 September with  Thames Water, to discuss sewage discharges into the River Chess. Richard Aylard, Sustainability Director Thames Water, made an interesting presentation and took questions from the floor. There were some encouraging news on two fronts.

First Thames Water will be increasing capacity at the Chesham Sewage Treatment Works by 30% over the next 2 years, this should minimise storm water sewage discharges. In addition work has already started on investigating groundwater and river water ingress into the sewerage network, which could be up to 7 mega litres per day in the Chess Catchment (a huge abstraction in itself) and is a contributor to the un-permitted sewage discharges of 2014 and 2020. Work to line the damaged pipes will start in this financial year

Secondly Thames announced that they will be stopping abstraction at the Hawridge pumping station by 2024 which currently takes 6 to 8  mega litres per day from the Chess Catchment and exports it to Tring. This is in addition to the two pumping stations that Affinity Water is closing, which will cut abstraction by 50% in the upper reaches of the Chess.

Richard explained  how the Chesham Sewage Treatment Works is operated and admitted that there had been little investment in the plant for many years. He highlighted the problem caused by people flushing things down their toilets that they shouldn’t. This causes major issues at the plant as this stuff has to be removed and disposed of  before the water and sewage can be treated. He praised the operators at the sewage works who had done much to ensure the plant runs as efficiently as possible and said that sewage discharges are not the result of an operator making a casual decision to flip a switch but an automated system which kicks in  when the inflow of water and sewage becomes too much for the plant to handle.

Richard felt it was not fair to say Thames Water just “dumps” sewage, as it only happens as result of  excessive groundwater or  heavy rain and storms which are more prevalent  and powerful these days due to climate change. But he agreed this has to stop and Thames Water are making the necessary plans.

There had been good progress on water abstraction from chalk sources in the Chilterns despite the recent development in the area, with a reduction of 67% over the last 25 years. It is important to take account of the extra water and sewage demands of new developments and ideally to require rain water harvesting and drainage in all new builds . Councillors attending the meeting from Three Rivers and HCC acknowledged this and will encourage their colleagues to take these issues into account when considering future planning requests.

The meeting was attended by our local MP Gagan Mohindra MP and he encouraged Thames to look at prioritising additional stormwater storage tanks at the Chesham Sewage Treatment Works as a potentially quicker remedy to the current problems. However there is an argument that installing additional and modern filtration systems would be more beneficial and will probably take the same amount of time. There was no appearance from the Environment Agency, despite an invitation. They sent a woefully poor  briefing note on the recent sewage discharges into the River Chess.

One of the key issues raised in the question and answer session was the safety of children playing in the Chess. Richard explained that no river water was free from bacteria and care should be taken to wash hands and faces after exposure. He acknowledged that there could be a role for more signage to raise awareness and to sign post people to details of sewage releases and other quality issues. He invited the local Councillors present to contact him.

Most people said that the evening had been an eye opener and they are now more aware of the challenges faced by Thames Water, but having raw sewage discharged into the river is unacceptable and must stop as soon as possible, the proposed time scale for resolution is too long and everything should be done to shorten it.

Some things we can all do:

Our thanks to Richard Aylard for his openness and his commitment to keep the pressure on Thames Water to protect the environment and to Gagan Mohindra whose continued support we look for on this issue.

If there are other environmental issues you would like to hear more about that please let us know. 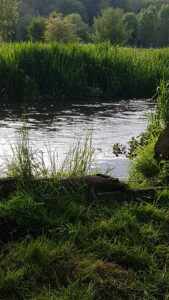